Boston's Boylston Street Excavations: A Prehistoric Fishweir and the Absence of Pine 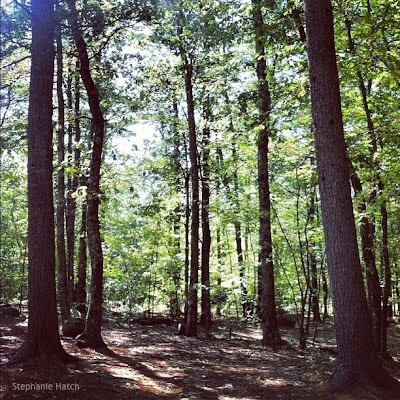 More than 20 years ago older buildings were demolished at 500 Boylston Street to make way for the construction of newer buildings. Lawrence Kaplan, Mary B. Smith, and Lesley Sneddon examined 216  specimens recovered from the excavation and published their findings in Economic Botany (see source information below). They call the article "The Boylston Street Fishweir: Revisited" because excavations for the Boston subway system earlier in the 20th century "revealed the presence of waterlogged wood in the peat and silt," and those wood remains are believed to represent an ancient Native American fishweir ("a fencelike barrier and trap for fish on an ancient shoreline").

Past findings
The Boylston Street line of the Boston subway was constructed in 1913. This was when the waterlogged wood was first discovered. Later, more excavations were done for large office buildings and more of the wood was found. Researchers by the names of Bailey and Barghoorn studied the site in 1942 and called it the "Bolyston Street Fishweir" because of their findings. They concluded that the materials were prehistoric.

Present findings
For the more recent excavation, Kaplan, Smith, and Sneddon found, after radiocarbon dating, that their samples (from just down the street) ranged "from about 5000 to 4000 years B.P., during the Late Archaic, pre-agricultural period in Northeastern prehistory" (517).

The absence of pine
After identifying tree species, age (ring number), diameter, and season the specimen was severed from the parent plant (growing or dormant), they discuss possible sources and note the absence of pine. Their pollen analysis shows an agreement with a previous study done by Paige Newby and Thompson Webb III of an area very close to the recently excavated area: the pollen diagram shows pollen percentages varying from 15-30% of total pollen present and indicate that pine was an important component of the regional forest. So, if pine was so accessible, why was no pine used in the supposed fishweir of Boylston Street? The absence of pine indicates that the selection of materials was deliberate and not random. The authors suggest that the pine's resin was probably the reason; those retrieving wood probably avoided the pine because of "the unpleasant or encumbering quality of that substance" (526). According to the authors, Bailey and Barghoorn suggested "there may not have been white pine of small enough diameter for cutting," but they noted pitch pine is suitable for cutting, so that explanation may not be adequate. A better explanation (besides the resin annoyance) lies in the benefits of the other taxa. Beech has woody root sprouts for easy gathering; Sassafras' brittle quality makes it easy to gather, and Alder produces "slender growths," another positive quality. The absence of pine is an interesting subject. I am curious to know what other evidence we have of Boston's prehistoric peoples and what they built, and if there is more evidence of wood types from similar findings.

Conclusion
Kaplan, Smith, and Sneddon conclude, "We believe that our study supports the earlier contention that prehistoric Native Americans constructed fishweirs extensively along the now filled Boston Shoreline." They explain that Archaic Period and most likely Woodland Period peoples retrieved the wood from upland and riparian habitats in fall and winter to then construct (and repair) the weirs in early spring. They believe this activity began 5000 years ago (at least) and moved to higher areas as the water level rose. 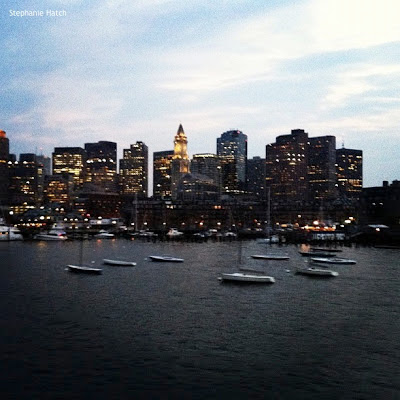 God Reaches Out to Adam, to Us

Stephanie Leishman
I study how people share information with each other, whether etched in stone, painted on parchment, emailed, or snapchatted.

Visit profile
"Archaeology is not only the hand maid of history, it is also the conservator of art."
– Edward Bulwer-Lytton
English dramatist, novelist, and politician (1803-1873)